This spicy pizza with chicken fajita topping changed my life.

It was my first year in Pakistan after getting married, and I was expecting our first child.  It was the month of Ramadan, and the doctor had imposed a strict, no-fasting rule due to complications with my pregnancy.  I was depressed enough about being left out of the spiritual experience of fasting, but compounding that was an awful homesickness.  After ten months of being in Islamabad, I was missing my mom and I was missing the familiar taste of home.  In particular, I was missing hot, spicy pizza. 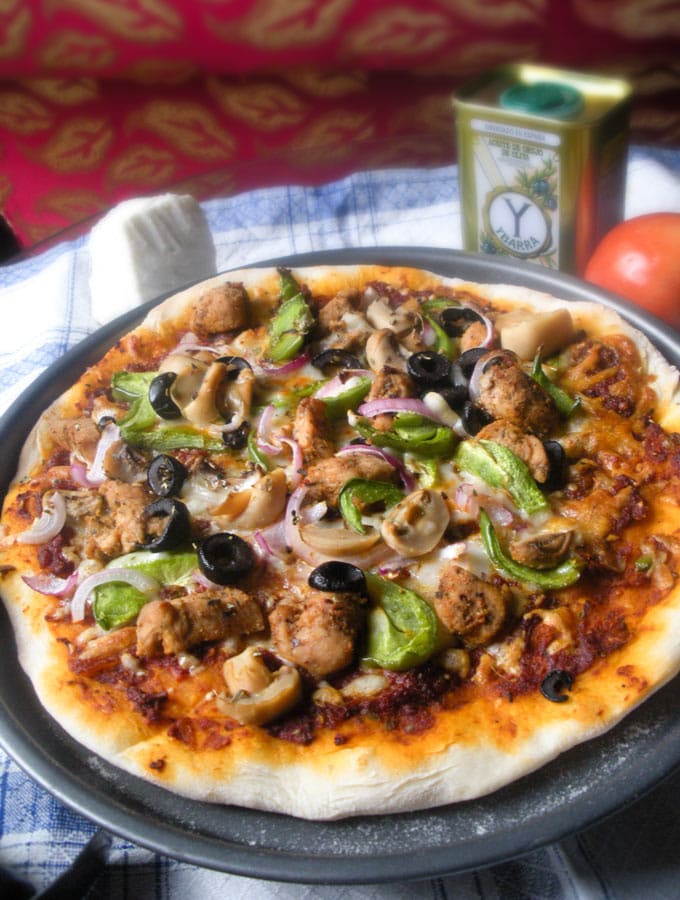 I’m from Brooklyn, NY, where pizza was perfected into an art form.  Growing up, I’ve eaten so much pizza that it’s practically in my blood.  Consequently, when I feel sad or homesick, I crave spicy pizza.  Then again, when I’m happy and want to celebrate, I also crave spicy pizza.  Come to think of it, I pretty much always crave spicy pizza.  Pregnancy cravings and my emotions (most likely magnified by pregnancy hormones) were making me crave spicy pizza with the white hot intensity of a thousand suns.

The problem?  It was Ramadan.  And while Ramadan in New York doesn’t mean much change in the day-to-day routine of business, I was beginning to discover that Ramadan in a Muslim country is drastically different.  For one thing, EVERYONE is fasting.  And that means, restaurants and fast-food joints don’t open until the evening, after iftar (when we break our fast).

We couldn’t go out for spicy pizza because shortly after iftar were the nightly long Taraweeh prayers, which, back then, didn’t end until after 10 p.m.  By that point, it felt much too late to be eating a heavy dinner, considering that we had to wake up early to prepare the sehri (pre-fast meal) within a few hours.

So order delivery, you might say.  Well, I couldn’t order delivery because I didn’t want my in-laws to know that I was ordering pizza.  My husband had just been laid off his job, and while we had enough to get by until we left for America, spending over 1,000 PKR (Pakistani Rupees) on a one-time meal would make me look really frivolous.  (Approval seeking?  Yes, guilty as charged.)

So I thought, okay, no big deal, I’ll just make one myself.  People do it all the time, how hard can it be?  So I printed out a recipe from the internet and got to work.  Turns out, for someone who has never baked anything before, it’s not as easy as it seems.  I made a total rookie mistake of using VERY hot water for the yeast.  And since I’d never worked with yeast before, I had no idea how to tell if it was working or not.  (In retrospect, perhaps the dough NOT rising should have been a tip-off, but maybe I really WAS that clueless back then.)  I was also working with our very dodgy old oven, which was missing temperature indicators for preheating the oven, so I had to play a guessing game to figure out how far to turn the knob to get the right temperature.  I spent hours making the recipe, only to get a very sad, flat looking pizza that looked seriously undercooked in the middle.  When it came time to slice the pizza, I may have cut it ten or twelve (thousand) more times than I strictly needed to (angry much?).

But I would not be deterred.  After all, when you fall off a horse, you have to get back on, right?  This time, I thought I was ahead of the game because I had a store bought crust.  YOU WOULD THINK that it’d turn out better this time but no…This time I overloaded it with wayyyy too much sauce.  It was so soaking wet that it stuck to the aluminium foil I put underneath it (I know, I KNOW) and fell apart in the middle.  I then proceeded to cry and tear the rest of it apart with my bare hands (which, by the way, not a good idea when a pizza is JUST OUT OF THE OVEN.  OW, HOT!)

The third time, however, was finally a charm.  After coming back from almost a year in the States, I approached the task again, this time with a bit more baking and cooking experience under my belt and, thank Allah, a new oven.  The results were DELICIOUS and instantly devoured by my family with a demand for more.  Over the years, I worked on the recipe and my technique, until I found something that tastes close to home.  I’ve tried MANY pizza places here in Islamabad, and I have to say, this recipe blows them all out of the water.

Only two pizzas were harmed in the making of this recipe. 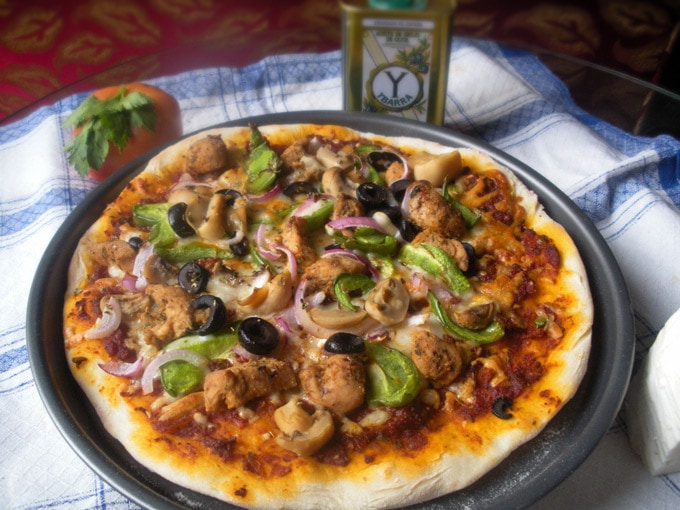 We’re Desi, so we like very spicy pizza.  This is hot enough for the adults but mild enough that Desi children don’t have an issue with it.  You can dial up or down the spiciness by adjusting the red chili powder and green chilies.

The most efficient way to make this if working entirely from scratch is to marinate the chicken, then prepare the pizza dough and set it aside to rise.  While you are waiting for it to rise, work on the tomato sauce and chicken fajita topping.  By the time they are done, the dough should be ready to work with.

For the tomato sauce, you can find celery at the fruit and vegetable store (Farm’s Fresh) in Kohsar market.  If you can’t get it there, substitute with coriander leaves instead, but add them in after the tomatoes.

You do not need to use ALL of the chicken and the sauce on your pizza.  Use as much as you like and freeze the leftovers for later.

Hint: If you’re looking for a great appetizer to pair with this spicy pizza, try my Sweet and Spicy Chicken Sticky Fingers. 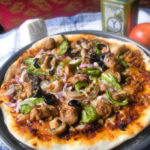 This spicy pizza recipe makes delicious, Brooklyn-Style homemade pizza a snap, even if you don't have a pizza stone or peel!

Have you ever had to try a few times before you could nail a recipe? 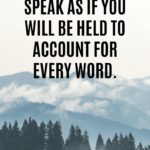 When Your Child Makes an Inappropriate Joke 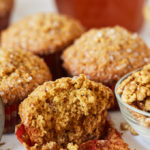 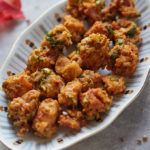