Ladies and gentlemen, forget EVERYTHING you thought you knew about mutton tikka.

This mutton tikka recipe I’ve developed is the simplest and tastiest version of mutton tikka I’ve ever had.  Considering that I consume a whole heck of a lot of tikka every Eid-ul-Adha, that is definitely saying something.  Oh, and, beef lovers, rejoice.  You can easily use the same recipe for beef, just increase your cook time as needed to make sure your meat is properly tender. 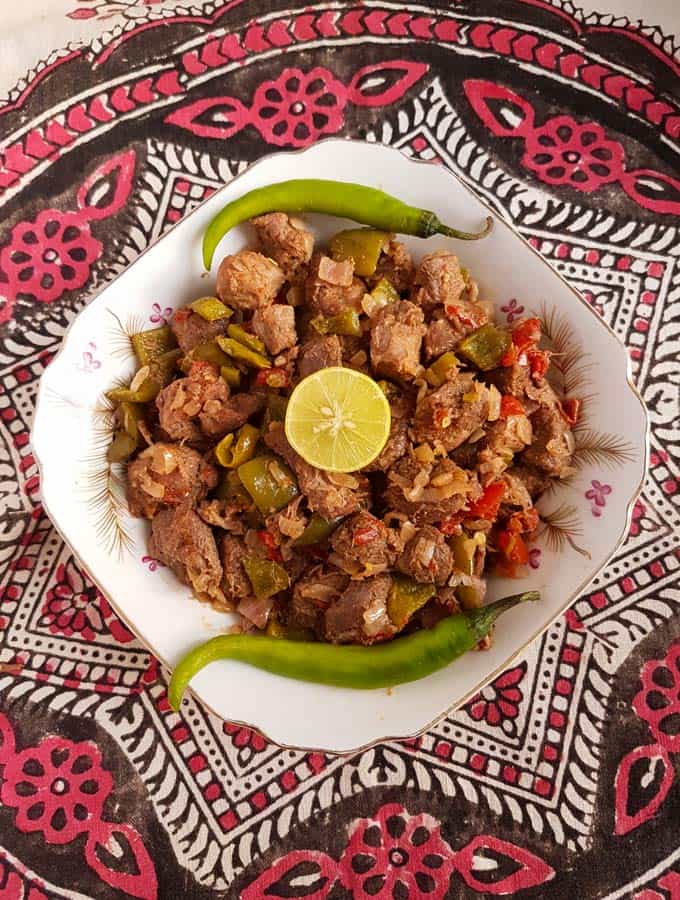 The best thing about this mutton tikka recipe is that it requires very little active work time, which leaves you free to work on cooking another dish, or finish cleaning and organizing a huge pile of meat from Qurbani.

For the uninitiated, Qurbani is the ritual sacrifice that we offer every year on Eid-ul-Adha.  It is done to commemorate the sacrifice of the Prophet Ibrahim (Abraham) Alayhi Salaam (upon him be peace).  Ibrahim (AS) was commanded by Allah to sacrifice his son, Ismael (Ishmael) Alayhi Salaam (upon him be peace).  When he performed the sacrifice, he found that Allah had replaced Islamael (AS) with a ram.  Every year, Muslims sacrifice an animal—one they already own or one they recently purchased just for the sacrifice.  The meat is then divided into portions, one portion for the family of the person who offered the sacrifice, one portion to give as a gift to family and friends and one portion for charity.  Some opt to give the entirety of their sacrifice to charity.

Every year, around this time, there is a special market that comes to every major city where people can go to purchase animals for sacrifice.  The bakra mandi, as it is known in these parts, is very popular for adults and children alike to look at the different kinds and breeds of animals from all over the country.

No matter how advanced Pakistan has become, no matter how far in the city you go, there is a connection between man and animal that can’t be severed.  I suspect that this fascination and love for animals has something to do with our agricultural roots—you can take us out of the farm, but you can’t take the farm out of us.  In Karachi, they even have a catwalk for the goats on sale.

A catwalk.  For goats.  I only wish I was joking.

Typically, instead of purchasing an animal on our own, we opt to pay for a portion of sacrificing a bull as a part of a group sacrifice—these group sacrifices are organized by our local masjid.  My husband has been volunteering with the masjid since he was a teenager in helping them purchase the animals and organizing and managing the group sacrifices.  As a result, he’s racked up a lot of experience in this area and is often called upon for his advice in goat shopping.

And yes, God help me, but he actually loves going goat shopping.  Take him to Centaurus Mall, and he can’t wait to get out of the place.  Send him to bakra mandi and he’ll be gone for hours.

Becky and the Goat

Two years ago, we decided to do one group sacrifice with the masjid and sacrifice one goat on our own at home. The logistics of actually keeping a goat in my HOUSE hadn’t occurred to me at that time.

Before I knew it, I was face-to-face, or rather, face-to-snout with my new housemate.  He was light brown with white spots, a cute little specimen of the Makhi Cheeni breed.

Where to keep him?  We kept him in the front yard for a while, but it was hard to get the car in and out with him there.  My husband then led the goat through our house (yes, a goat walked through my house) and out the back door.

When we got him settled in the backyard, I noticed little round brown balls all around him.

Oh.  I’d forgotten that there would be poop involved.

The kids came and had a look at him, everybody petted him and we all ooh and ahhed over the animal, and then it was time for lunch so we all came inside.

Maybe he was hungry?  My sister-in-law (“Appa”) told me they can eat warm roti, so I fed him one which he promptly gobbled up.  While I made another roti for the goat, he was content to play with the kids and didn’t complain.  But after he was fed and the kids went back inside, he started bleating again.

We quickly realized that the goat wasn’t hungry anymore, he just wanted attention.  Lots of attention.

My husband explained that goats like this are often raised by farming families, they’re social animals and are not used to being alone.

“This won’t do.  The goat is scared.  I’m gonna sleep outside tonight to take care of it,” my husband said.

“You’re going to sleep…outside?  With the goat?”  I spluttered.

I’ve been usurped by a farm animal.

Luckily, my father-in-law came to the rescue.  He assured us that nobody needed to sleep outside—the goat would be just fine once he adjusted.  And, after some time, we found that the gentle beast had settled down and made himself comfortable.

The next morning, my husband brought home a bucket of green leaves and some brown substance I couldn’t identify.  Presumably, this was what the goat ate.  He put it in the wide basin set on a stool that we were using as a makeshift trough.

The goat sniffed the food curiously, gave it a taste, then promptly overturned the basin with his snout, scattering leaves and brown stuff everywhere.

Apparently, the food didn’t meet with the diner’s approval.

The goat then proceeded to bleat until I made him another roti and fed it to him, still slightly warm from the tawwa.

“You are a sassy one, aren’t you?” I couldn’t help but laugh as I stroked his side.

In just two days we’d already become attached.  And so I couldn’t help but feel a twinge in my heart when it came time to take him away to sacrifice him.  Beau turned away and didn’t look.  Kit was curious and watched them lead him away, then pressed his face into my stomach and cried.

I thought, if this is how we feel for something that we only knew for a few moments, imagine how Ibrahim (AS) felt sacrificing his beloved son for the sake of Allah.  It was only Allah’s mercy that Ismael (AS) was replaced with a ram.  This sacrifice represents that sacrifice and the one we must make every day.

In this life, each of us is called upon to sacrifice our dunya in different ways—our baser desires, our wealth, our ambitions, our comfort, etc.  The tests are different for each of us, but there comes a point when we all have to choose between our will and the Will of Allah.  Maybe we will have to give up a job we really want because there is haram in it, maybe we will have to give up someone we desire to marry because they are not good for our deen, maybe we will have to give up a hobby that brought us pleasure because it is sinful.  Whatever our test, we will have to sacrifice something our heart is attached to, because we want to be MORE attached to Allah.  So every year, we sacrifice an animal, not for the sake of eating meat—but rather to remind ourselves that Allah’s Will is above our own.  Every day, when we live our lives according to Islam, we are sacrificing ourselves, and submitting ourselves to the Will of Allah.

May Allah accept from us all.  Ameen. 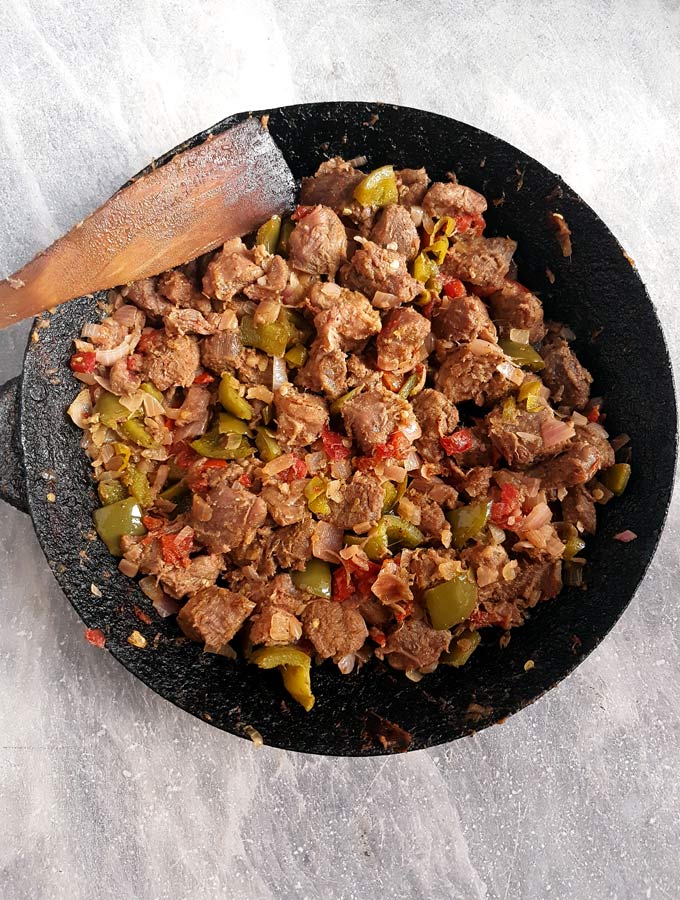 This mutton tikka recipe is pretty basic in its flavors.  Because this is an Eid recipe, I’ve kept the salt, spice and tartness at a very normal (munasib) level to accommodate the tolerance of more and varied people. Worry not, this recipe is a crowdpleaser.  My family members stand on different points of the spectrum on how spicy or how tart they like things, but every single one of them personally approved of the Mutton Tikka.  However, I would definitely recommend serving this with lemon wedges and chaat masala on the side so that chatkhora people (aka ME) can easily add more as they like.

This mutton tikka recipe should give you an excellent baseline to work with.  Cook it according to the recipe directions, then taste and adjust as you like.  For example, if you know that the majority of your guests like things spicier, go ahead and add more green chili.  Tikka recipes are meant to be played with!  Please let me know in the comments below what you think of the recipe and if you altered it in any way.

And, if you’re looking for something sweet to serve alongside this, look no further than my Besan ki Mithai recipe.

Happy cooking, and an early Eid Mubarak to you all!  May Allah accept your sacrifices and bless your homes with peace and prosperity, ameen. 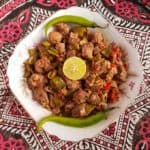 This simple and easy mutton tikka recipe combines the best of Eastern flavor with a pinch of Western taste for a tasty dish that everyone will love!

You can speed up the cook time by cooking the meat in a pressure cooker until just tender, then increasing the heat until the vinegar has completely evaporated and the meat is completely tender. 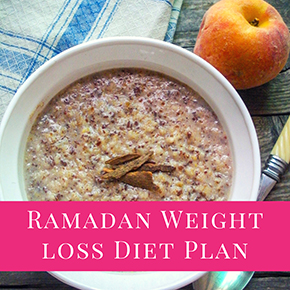 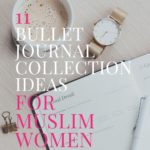 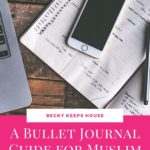 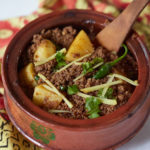